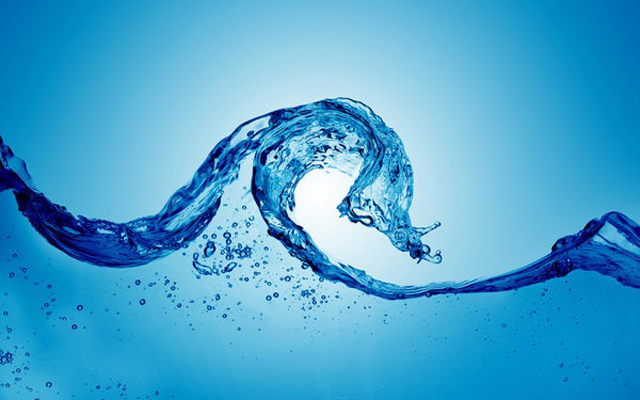 " If you could tomorrow morning make water clean in the world, you would have done, in one fell swoop, the best you could have done for improving human health by improving environmental quality."
-William C. Clark

Approximately 70% of our body is composed of water. Within our body, it plays many different roles that are essential to our life: it is used to transport nutrients around the body, and it is involved in many different chemical reactions in our body such as energy production, DNA replication, and generating building blocks for growth and development. Therefore, in order to achieve optimum health, we need to ensure that we drink is of good quality. Similar to the human body, 70% of the Earth is covered in water. However, only 2.5% of that water is fresh and drinkable to us and this amount is further reduced by two third due to pollution from human activities and geographical restrictions. Contamination of drinkable water can be widely classified into two categories: Biological contaminants and chemical contaminants. Biological contaminants include bacteria, virus and  parasites that can cause human diseases. Chemical contaminants include minerals, organic form of metals, and chemicals from human activities such as fertilizers and pesticides.

Aside from the aquatic lives, water is also the home and reservoir to many bacteria, viruses and parasites that are notorious for causing human diseases. These microbial are usually spread into different water sources through contamination with raw or partially-treated sewage containing human and animal feces.

Bacteria: Consumption of bacteria through contaminated water can cause many communicable enteric diseases that range from mild gastroenteristis to severe diarrhoea, dystentery, cholera and thyphoid. E. Coli is one of the most common waterborne bacteria; the pathogenic strain O157:H7, known for its outbreak at the Walkerton, Ontario, can cause fatal hemorrhagic diarrhea and kidney failure. Other common waterborne bacteria include: C. jejuni, which causes campylobacteriosis; V. cholerae, which causes cholera; S. dysenteriae, which causes dysentery; and L. pneumophila, which can cause Legionellosis.

Parasites: Cryptosporidium and Giardia are protozoan parasites that cause regularly diarrhoea outbreaks. They can form cysts that are resistant to cholrine, and their small cysts allow them to bypass many filbration processes in water treatment plant. The safest method to rid these parasites from drinking water is to keep the water boiling for one minute before consumption.

Many of the minerals are found naturally in our water, as they are dissolved into the water source from the surrounding geographical features. These minerals are harmless, or even beneficial to our health when they are in low concentration. However, some of them are very toxic when present in high concentration. An infamous example is the metal Arsenic, which are known for contaminating groundwater. Human activities have also introduced many chemicals into our water supplies. Common examples include heavy metals, pesticides, and fertilizers.

Arsenic: Arsenic is a metal found in nature, which can dissolves into water from the surroundings. Human activities, such as industrial effluents or burning of fossil fuels and wastes, can also introduce arsenic into our surroundings. When arsenic compounds are ingested, they are readily absorbed by the gastrointestinal tract; they will then bind to haemoglobin and are deposited in the liver, kidneys, lungs, spleen and skin. Chronic exposure to low level of arsenic-contaminated water can have harmful health effects such as skin lesions, skin cancer, vascular disease, damage to nervous system and potentially cancer of other organs.

Fluoride: Fluoride is a common ingredient for fertilizers. It is also added to our drinking water to prevent dental caries. However, when consumed in excess amount (e.g. 1.5mg/L), it cal cause mottling of the teeth (fluorosis) and sclerosis of the bones. Children are especially susceptible to fluorosis, as they would absorb and take up fluoride more rapidly for growth and development of their teeth and bones.

Lead: Lead is a notorious neurodeveloomental toxicant, known for its effect on the intellectual development of children. It can also cause kidney damage, and interferes with the production of red blood cell. Lead found in our drinking-water is mostly a result of human activities. Lead piping and leaded solder can slowly releases lead into the water source. Industrial runoff and the burning of leaded fuels are also sources of lead contamination of our water.

Mercury: While mercury is found in our drinking water naturally, it is present at an extremely low level. Contamination of water with mercury is usually the result of urban or industrial emissions and spills. Mercury can be converted into methylmercury by bacteria, which is the organic form of the metal. Methylmercury are be completely absorbed by our GI tract; it can cross biological membranes at our placenta, brain, spinal cords and peripheral nerves. Methylmercury is a developmental neurotxicant, and it can result in severe neurological disorders and mental disability that are irreversible. In utero exposures can led to cerebral palsy, seizure disorder, blindness, and mental retardation. Long term exposure can cause damage to the central nervous system, which can cause paraesthesia, ataxia, tremor and muscle spasticity.

Fertilizers: Fertilizers’ chief ingredients are the nitrate compounds. When nitrates are reduced to nitrites, they can oxidize haemoglobin to methaemoglobin, which compromises the haemoglobins’ ability to transport oxygen. This condition is known as methaemoglobinaemia; it is also known as the “blue baby syndrome” among affected infants.

Pesticide: Pesticides as water contaminants is a growing concern, mainly due to its widespread use in both rural and urban settings. Conventional water treatment plants are not designed to remove pesticide specifically, as pesticides they are usually eliminated from our water source through natural filtration and biodegradation. However, in area where agricultural practises are intensive, it can result in severe and direct contamination of the water source as they are disposed as run-offs. In recent years, lawn care pesticides started to be discovered in urban water source. The Ottawa surface water study conducted in 2003 revealed that pesticides were detected in 63% of all the water samples collected; the pesticides detected are four of the top five pesticides used by lawn care applicators. The biggest health concerns for pesticides exposure are poisoning and their bio-accumulation in our body. Depending on the types of pesticides, they can have different health effects on our body For example, organophosphorus pesticides can produce symptoms such as excessive salivation, vomiting, diarrhea, etc, which are the results of the pesticides’ anticholinergic effects on our neurotransmitter receptors. Organochlorine pesticides on the other hand, are capable of inducing neurological signs and symptoms.